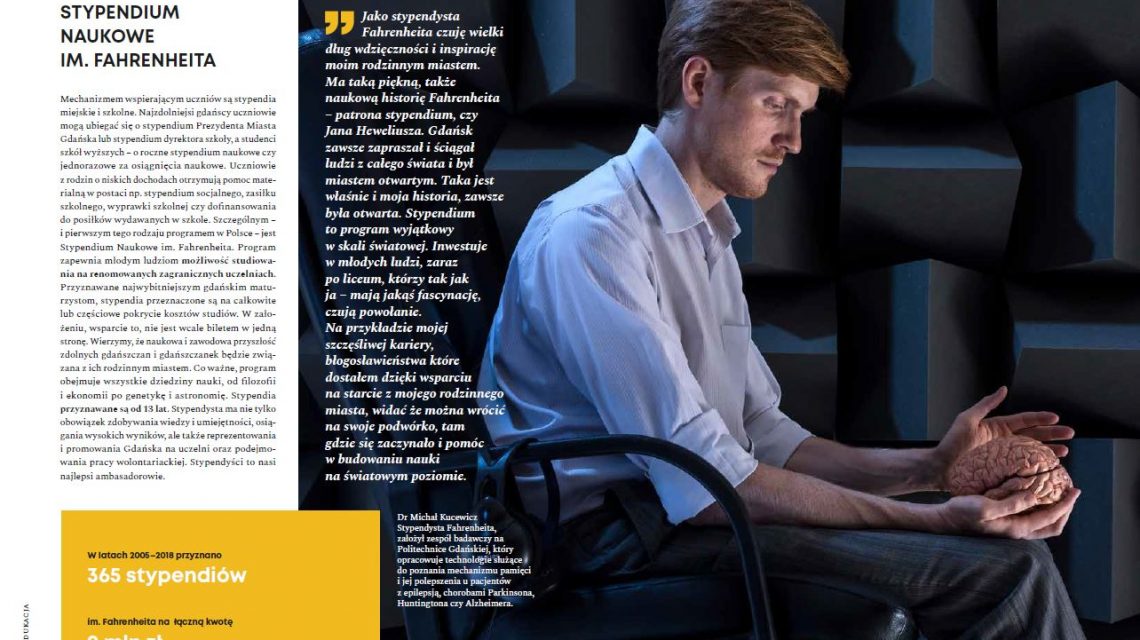 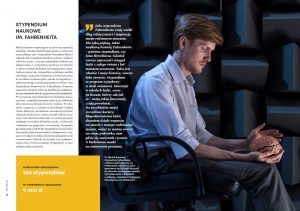 The story of our BME lab is one of the highlights of a new book entitled: ‘Gdansk wczoraj i dzis 1990-2020. 30 lat samorzadnosci’ (‘Gdansk yesterday and today 1990-2020. 30 years of the local government’), which was published on the anniversary of the first democratic local government elections. The book summarizes key achievements in the last thirty years of the city. Our story is in the education section (see the photo), relating back to the Fahrenheit scholarships for high school graduates to enable them to study at the top world universities. Dr. Kucewicz was one of the first laureates and played a significant role in starting the scholarship back in 2005. After over 12 years of receiving education and research training at the British and American institutions he returned to his hometown to set up the Brain and Mind Electrophysiology laboratory funded from the First Team grant by the Foundation for Polish Science.
Since the first scholarship, over 100 young students have been supported by the Fahrenheit scholarship. Some of them have returned to Gdansk or other Polish cities, some are only returning after their education and training, and some pursue their careers abroad. These stories are examples of long-term investments in individuals who have the potential to influence many other lives. For example, our BME lab is now attracting an international team of scientists working together to help those suffering from brain disorders. We brought not only these talented scientists to Gdansk, but with them also technologies, expertise, and funding opportunities for more research. The fruit of this investment will be growing with time and soon exceed the total amount of funding that was spent all the scholarships taken together. So even if it was the only successful ‘return story’ it would still be worth investing for the sake of everyone who would be benefitted by it in Gdansk and beyond.
You read more about the Fahrenheit scholarship program on the official website of the city of Gdansk and from the resources published by the ‘Gdanskie Stowarzyszenie Stypendystów Fahrenheit’a’.